Why You Should Buy A Motorcycle Camera In Singapore

You must have heard about cameras inside a car, but have you heard about cameras installed in motorbikes. Well, yes, there has been a new trend of having Camera on Motorcycles which is started by motorcyclists to keep an eye on their trips.  As per the retailers of cameras, there has been an increase in sales of cameras mounted on the helmet or on motorcycles by up to 30% in few months. This is considered as a very well move by the safety experts and Insurance carriers.

In fact to support the same, Insurance company named NTUC income has offered $100 discount on the premiums to the policy holders if they provide the video recordings helping in the settling of the claim.

Almost 5% of all the motor claims have a video recording attached to it which is up by about 3 % from previous year. According to the Vice president of the motor insurance company, “ Video recordings can help in eliminating discrepancies occurred due to both party statements. If any fraud is there, it can be identified with the help of video evidence”.

A motorsports company, Unique Motorsports have 3 motorcycle Camera products costing in between $329 to $599 said to have increased in sales from last year. The sale has seen an uptrend and every month it increases by 5-10%. Another company, Wow! Gadgets have seen an increase of 1/5th on the sales of their only camera model costing $398.

Another Motorcycle giant, Motoworld sells two camera models ranging between $300 to $480 has seen an increase in sales by over 20% in last 4 years.

Here Are Some Motorcycle Camera Front and Back For Singaporeans 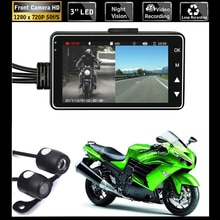 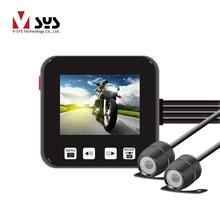 MotoWorld sales Executive, Alex Ooi, said that most of the time Motorcyclists are blamed for an unusual incident or accident. With the camera installed on the motorcycles, they would have proof of cars colliding with them or fail the blind spots leading to accidents.

There would be an extra advantage to the motorcyclists of having a front and rear motorcycle camera letting them know beforehand if they would be hit from the back says Bernard Tay, Singapore Road Safety Council chairman.

Gerard Pereira, Operations Manager of Singapore Safety Driving Centre supported the move stating, Till the camera does not come in the way of the vision of the rider, it is a good move.

A Motorcyclist and cookie shop owner Dinie Abubakar (28 years old) is driving the motorcycle from past 8 years, have installed two cameras, one in front and one in back of the motorcycle two and half years back. According to Dinie, cameras were installed to protect from any mishap. Further stating, Dinie says that sometimes car drivers, miss the blind spot and in haste are not able to change the lanes leading to a collision while some of the car drivers bully the motorcycle riders on the road.

A local Automaker, Alife Air Automobiles did a survey on motorcycle safety and found that of every 4 motorcycle riders, 3 of them have been in an accident before. All the survey takers admitted accidents because of their poor judgment or via tailgating.

See also  Transport Apps You Need to Know in Singapore

The Traffic police figures currently showcase fatalities has decreased by around 30% of motorcycle accidents while the registered motorcycles are still stagnant at 1,44,000. Around 78 deaths have been registered which is marginally low from 80 deaths in 2012 and 106 deaths in the year 2011.

How To Choose A Motorcycle Camera?

There are tons of factors that you need to consider when you choose a motorcycle camera, especially when there is a wide range of options in the market. The most important thing to look at is the camera’s quality and portability. Some minor things to also take into consideration are its battery life and design.

A camera shouldn’t be a hassle to riders while driving, so it is better to choose one compact in size and lightweight as much as possible. Though one can find a small camera, sometimes it could be a little heavy to carry on while driving, especially to those cameras attached to the rider’s helmet. Another thing is its steadiness to avoid a shaky or blurry recorded video.

Since motorcycle cameras are helpful to keep track of your travel, it’s also important to check their record quality to make sure that everything that is recorded is clear. If, in any case, there are accidents around, this will help determine what clearly happened on the record.

See also  Where to Buy Wholesale Products in Singapore

The least things one can consider as well are battery life and design. If a rider uses a motorcycle camera for long trips, it’s good to see if its battery can be used for long hours or take some spare charged batteries with you. However, extra batteries will be an additional cost to that.

Design is another least important factor to consider, though most cameras are in black and square. If you have a color in mind, you can customize or look for the specific color in the market.

Guide to Aliexpress Shipping for Singaporeans

Where to get Good iPhone Repair Service in...

How Does Apple Trade In Work in Singapore?

How does Alipay works in Singapore